The Indiana/Kentucky/Ohio Regional Council of Carpenters joined UBC members across the United States and Canada to raise awareness for construction industry tax fraud. Check out highlights from IKORCC Tax Fraud Days of Action events in Indiana, Kentucky and Ohio.

The Tax Fraud Day of Action event in Indianapolis was a tremendous success. Business representatives and members of the IKORCC Executive Board spent a few hours educating lawmakers on tax fraud, with a special emphasis on solutions to tax fraud. Of the 150 elected officials invited, 62 lawmakers, both republican and democrat, visited the event and learned more about construction industry tax fraud. Indianapolis Mayor Joe Hogsett also attended the event. 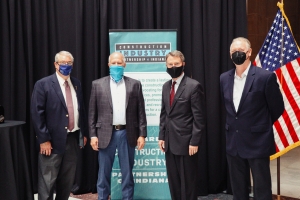 The Indiana event was held at the Indiana State House atrium. To drive attendance to the event, IKORCC reps handed out tax fraud toolbox/lunchboxes packed with concrete solutions to fight tax fraud. The theme of the giveaway was, “You already have all the tools you need to fight tax fraud”. The toolboxes were a big driver to our event.

In addition to the in-person event, the IKORCC created a new website, endtaxfraud.com. The website focuses on the actual solutions to tax fraud and what lawmakers and the public can do to help. 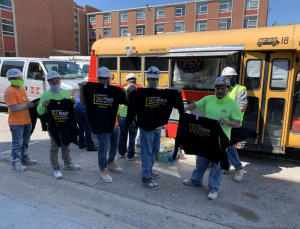 We held a two day Tax Fraud Awareness event in Louisville, Kentucky this year. On the first day, we visited a dorm under construction at the University of Louisville, with predominantly union subcontractors. We educated members of all crafts about Tax Fraud and how important it is to get involved politically with elected officials to help eliminate this illegal business model. It was an extremely successful event. We also educated and built relationships with company management teams.

On the second day, we took our messaging to a non-union led job site in Louisville. We used this as an opportunity to educate owners, workers and management teams while also gathering info on Labor Brokers, potential future members, and accurate counts of employees being paid cash or with a 1099. This gave us a new angle on how to fight tax fraud.

Tax Fraud Days of Action in Columbus was a successful day of educating legislators and the public on why tax fraud is a danger to everyone. Legislators from both sides of the aisle and even some who we didn’t have a previous relationship with us, showed up to learn more about tax fraud. Legislators loved the tax fraud lunchboxes and were excited to talk about upcoming projects in their areas and what our organization has going on. 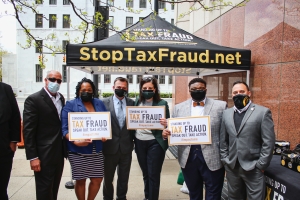 All IKORCC Representatives onsite had legislators from their area represented in the turnout.

Here is another video with Republican House Representative Jay Edwards

Former Industrial Representative and UBC instructor Steve Griffith also stopped by and gave us an interview.