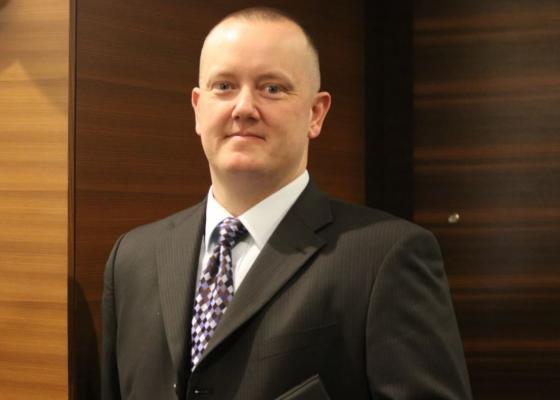 It wasn’t too long ago when Dave Morrow struggled to find construction work to help support his family. Construction and struggle were a family trade – a fact Dave desperately wanted to change.

Dave grew up in a strictly non-union family, never truly seeing the benefit of belonging. But when times were tough and his brother Steve Morrow of Local 200 joined the United Brotherhood of Carpenters and found success, Dave decided it was time to change his trajectory too.

The small leap he took to join the union, made a huge difference in his family’s life. Today, Dave Morrow is a  3rd year carpenter apprentice with a promising future. Work is steady, school is going well and Dave recently completed four days of intensive training at the Carpenter’s International Training Center in Las Vegas, Nevada. 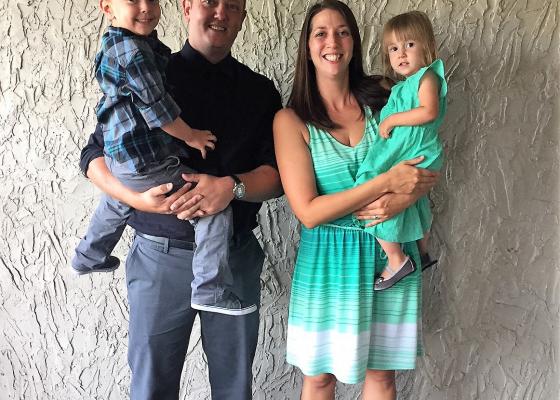 During the 3rd Year Apprentice Program in Las Vegas, top apprentices gain a greater understanding of the Brotherhood and the construction industry, and of the role union members play in the success of both. Participants learn how professionalism, productivity, skill, and attitude contribute to their own success as well as that of their employers.

For Dave, the highlight of the training was a group discussion with UBC President Doug McCarron.  “McCarron didn’t talk to us, he talked with us. This is a man who didn’t forget his roots or where he came from. It was inspiring,” Dave says.

In addition, Dave says he learned a great deal about the union and his own regional council the IKORCC. “I learned that it takes teamwork, hard work and dedication to get this union back to where we once were,” Dave says, adding that he left Las Vegas feeling inspired, motivated and ready to build a brighter future for his family and brotherhood.

“It starts with us – the apprentices. We part of something much greater than construction,” he added.

Union Focus on Career and Family

Dave took his new leadership skills back to the job, where he’s worked for two years. He’s found a new sense of job security and a career that allows him to spend more time with his wife and two young children.

“If you come in and do your job well, you will have work.” Dave says, adding, “I get to be home with my family on the weekends – it’s great.”

Dave Morrow is a proud member of Carpenter’s Local 200 in Columbus, Ohio.