Don Sherry passionately served the Indiana/Kentucky/Ohio Regional Council of Carpenters for nearly 20 years as a business representative and Director of Organizing. He was the President of Carpenters Local 175 and a dedicated advocate for workers rights and unions. Colleagues said his dedication to this organization was second to none.

To honor Don’s service and dedication, each year since his passing the IKORCC has given The Don Sherry Achievement Award. The award recognizes a rank-and-file member who has gone above and beyond in their service on the job site, with contractors, in MAC meetings (Member Action Committee), and in their community. In addition to giving an award in his honor, IKORCC delegates raise money each year during their annual conference and donate the proceeds to the Diabetes Foundation in Don Sherry’s honor.

The Indiana/Kentucky/Ohio Regional Council of Carpenters is proud to name Travis Williams of Local 1005 as the 2022 Don Sherry Achievement Award winner. Travis has been a member of his for local 10 years. He worked for the same contractor, on the same job, for nearly his whole career. He was a staple at US Steel Gary Works with Solid Platforms since 2013 when he was hired on as a second-year apprentice. In addition to staying active at local meetings and 1005’s Member Action Committee (MAC), he is a mentor and has been a Union Steward at US Steel.

“Travis followed the footsteps of his father, a retired 1005 Carpenter, by taking the responsibility of becoming a steward for the union. Travis is truly a model member that values others as much as himself and is more than deserving of the Don Sherry award”, said Local 1005 member Eric Yuhasz.

When he’s not mentoring, he is cutting grass for elderly and disabled neighbors in the Marshalltown section of Gary. He volunteers to mow and clean up old, abandoned schools in town. Travis is also known to donate time and money to the local shelters.

His dedication to the work of the union has not stopped. After his nomination and review, Travis applied and was hired as a business representative for the IKORCC out of the Northwest Indiana Hub.

“It’s an honor to present this award to Travis Williams. His work mentoring and volunteering truly exemplifies what being a Union Carpenter is all about,” Mike Kwiatkowski, Executive Secretary-Treasurer for the IKORCC. 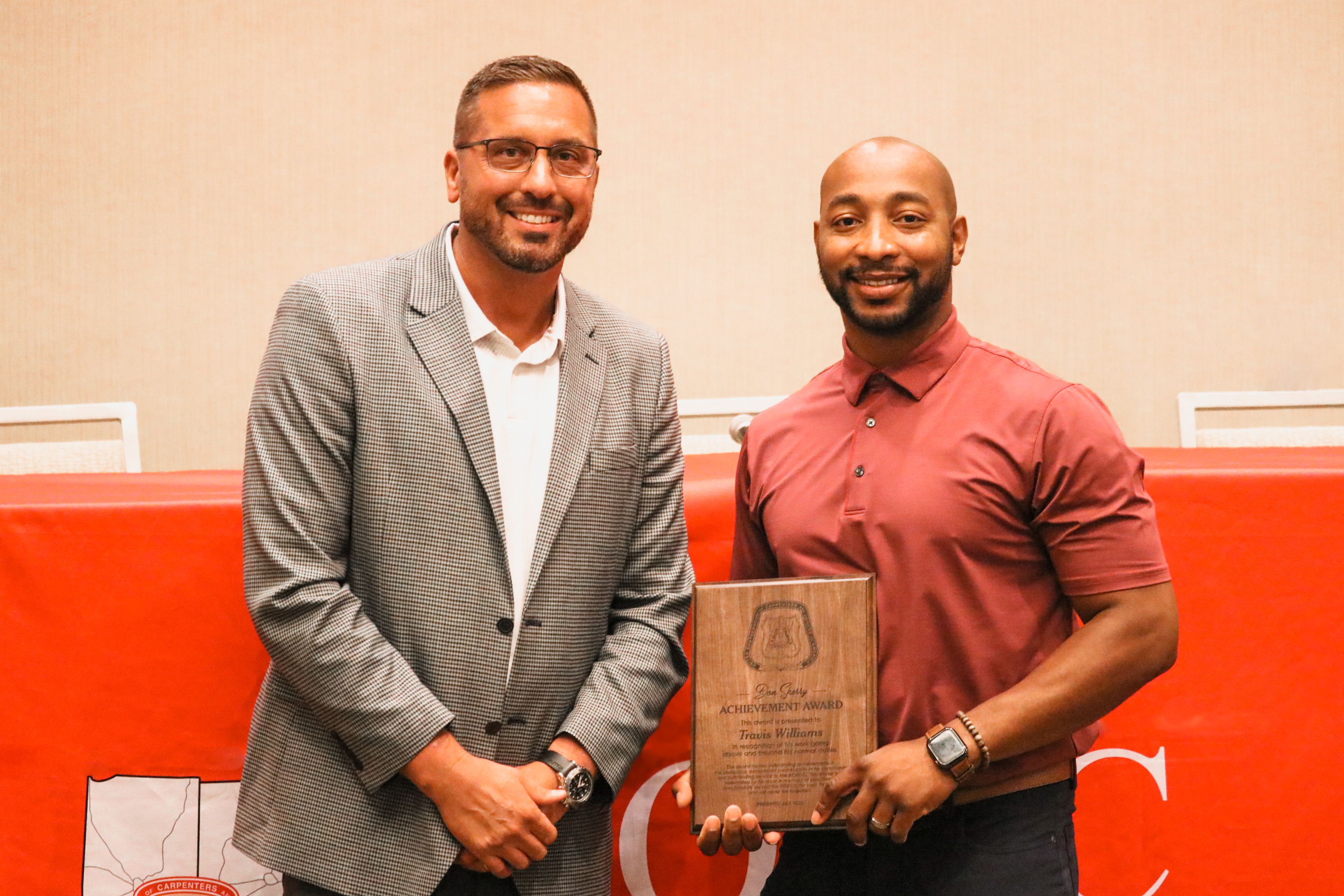 Congrats to our 2022 Scholarship Winners